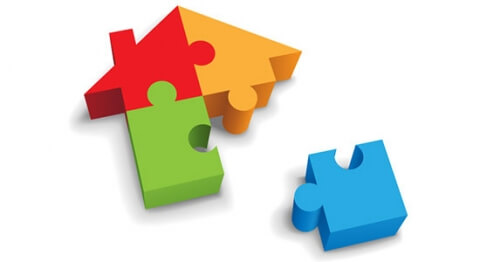 What is Fractional Ownership?

Fractional ownership is a way of buying real estate which includes many buyers. It involves buying, selling or purchasing a part of property with other buyers. Each and every buyer will have an equal access of the property. It is a best option for those people who like purchasing vacation homes. It deals with that issue where people spend only 2 or 3 months in property and don’t want to pay the mortgage for the entire whole year.

Fractional ownership provides a better way to buy vacation homes. All buyers involved in this deal can divide the months in a year equally by paying only their part of staying in the home. You can also sell your share or you can gift your shares to others, if you want to end fractional ownership of a property.

According to a Ragatz Associates, a research company, in 2006 there were more than 250 fractional ownerships in North America.

These vacation homes are managed by several companies and they took the responsibility of managing those homes on the buyer’s behalf. These companies will arrange the time schedule according to their owner’s schedule which makes it more attractive and suitable for the buyers.

Fractional ownership in real estate has many benefits. Some of them are discussed below.

Fractional ownership has proved itself to be a best option for various buyers and companies. It gives the best solution to have an ownership of a property without getting worried about the property management and other expenses.

In fractional ownership, buyer will pay only a part of the cost of the whole property. All renovating, maintenance, furnishing and other expense will be shared. It gives a good option to the buyers who don’t want to take a responsibility and don’t want to put an effort to furnish the property.

Fractional ownership provides a huge benefit by giving you an opportunity to purchase expensive properties even if you have not enough resources to purchase it. In case of other ownership you might buy a relatively small house bearing all management responsibilities, but you would not have a good house with good features that you can find in fractional ownership. It provides you better properties because when several other buyers are putting their money together it will enable them to purchase bigger and better properties.

Fractional ownership provides you a vacation home or a resort that will be available to you on your desired schedule. As all the management responsibilities will be on the management company, that’s why you will get a well prepared and organized home without spend anything. There are several companies who took all the responsibility to manage vacation homes for you by putting an extra effort for example arranging beds and lawns before your arrival date. Fractional ownership provides you a home to organize your vacations without paying anything for the house that can only be used in 2 to 3 months in a year.

Fractional owner ship has some drawbacks that may be a major concern for many people. These are discussed below.

Fractional ownership is a best option and a solution for various reasons; it provides you an opportunity to own a vacation house or a resort without getting worried about the expenditures and maintenance charges. All management of property, paying utility bills and other expenses are a complete responsibility of a management company. Like other real estate options it also has some drawbacks but unlike Time shares you don’t have to be worried in obtaining mortgage which means that your interest cost will be less as compared to ownership in Time shares. Fractional ownership in a real estate is a best investment and a better option.

COVID-19 ALERT: To Our Valued Clients, Please Be Advised That We Are Fully Operational With Business As Usual.  Remote And Touchless Service Is Available If And As Required.CALL TO LEARN MORE
+