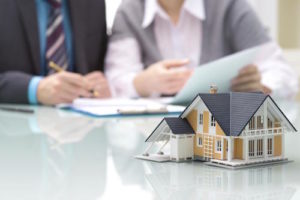 Canadians are no strangers to real estate investments, and homes are arguably the most preferred type of property choice. While there is plenty of research data available on the investment habits of single-property buyers, not much has been published about how multiple-property owners’ appetites and behaviors.

In this feature, we focus on the preferences and financial mindset of multi-property owners located in British Columbia, Nova Scotia, and Ontario. Not included are owners who are not Canadian residents, non-individual residential owners (like organizations and companies), and those who are registered as residents of other Canadian provinces.

This select group consists of some 1.2 million respondents, accounting for around 2.1 million properties in the three mentioned provinces. To be specific, 90% of the multi-property owners covered here are based in Ontario, 81.7% are located in British Columbia, and 74.4% are in Nova Scotia. And here you can read how much they will pay on average & hidden costs.

It is also important to highlight that the majority of multi-property residential owners are located in Vancouver and Toronto, and that many had previously lived in single-detached homes and owned only one other real estate investment.

Such study was conducted by the Canadian Housing Statistics Program (CHSP) for a number of reasons, including to support policy makers in devising ways and programs to address various societal and economic issues. It also helps academics develop new knowledge, as well as individual and business researchers who are interested in the growth and movements of the Canadian real estate market, specifically multi-property owners.

Property owners referred to in this article are those whose names appear on the property title or purchase agreements of more than one home within a given area. To reiterate, those who own property in one of the areas mentioned and then another property in a different location were not included in the data gathering process. The demographic data is based on ownership level, regardless of co-ownership status. That said, the main highlights of the research are as follows. Contact our Mississauga real estate lawyer for a free consultation on any questions you may have.

Around 92% of multi-property owners residing in Nova Scotia live in single-detached houses. This is 58.1% in British Columbia and 82.6% in Ontario.

The majority of multi-property home owners own two houses, accounting for 76.7% in British Columbia, 76% in Ontario, and 70.2% in Nova Scotia. Of the said numbers, the most common mix of property types was two single-detached homes. This is regardless of the location of the property, whether it was owned for recreational or rental purposes, located in the outskirts, or was unoccupied.

Majority of multi-property investors live in Vancouver and Toronto

People who own several residential properties are concentrated in Vancouver and Toronto, with 86.8% of those who are Ontario-based having holdings valued at least $10 million. This is besides the finding that 43% of the multi-property owners reside there. In British Columbia, 53.6% lived in Vancouver, with 78.7% having property holdings valued at $10 million or higher.

Multi-property owners living in Vancouver, Toronto, and Nova Scotia actually reside in homes that are higher in value than their other holdings. To illustrate, those who owned at least four properties lived in houses that were valued at $634,000 on average.

There was little difference in terms of age between those who owned just one home versus those who had multiple homes (Ontario and British Columbia). The study found that single-property owners in Ontario and BC averaged at 54 and 55 years old, while those who owned many properties were aged similarly (gap of only two years) at 56 and 57, respectively. Those who lived in Nova Scotia had a larger, but rather insignificant, age gap of four years. It also didn’t matter if the owner was male or female, as this was also evenly distributed for both single- and multiple-property owners.

According to the Canadian Housing Statistics Program, most multi-property owners in British Columbia and Ontario had lived in Vancouver and Toronto. Those provinces also had similar distributions of multi- and single-property owners and the provincial population, though Ontario and British Columbia CMAs logged the highest concentration of home owners who have multiple real estate under their name.

Where we located?
GK Law is located in Vaughan, Ontario on Steeles Avenue West east of Keele. Our office is located on the second floor and there is plenty of free parking in our lot.